I got to celebrate turning another year older on Monday with some of my favorite things.

Sleeping in… Something I have a hard time doing because I’m racked with guilt for wasting the day if I try to snooze longer.. but I got to sleep until 10..

Three new Pole-Pole figures greeted me on the kitchen shelf when I got my coffee.. raccoon, meerkat, and a seal. They were a surprise from Graham although he’d already taken me to see “Oh, Hello” the night before. There are now too many Pole Pole figures in the house to fit on the hexagon display shelf in the living room <3 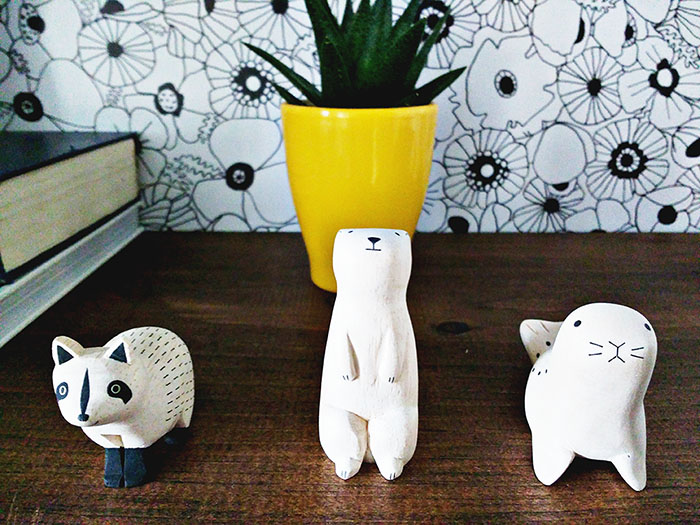 I got to watch true crime documentaries in my pajamas for most of the day. Seriously.. I didn’t shower until 4pm on Monday. 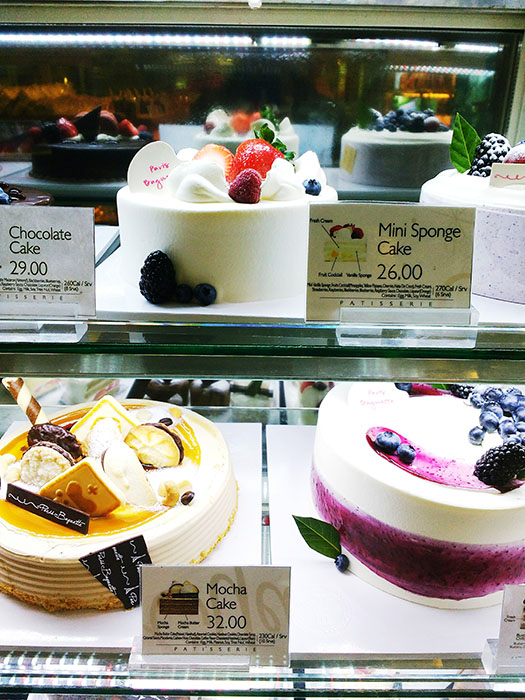 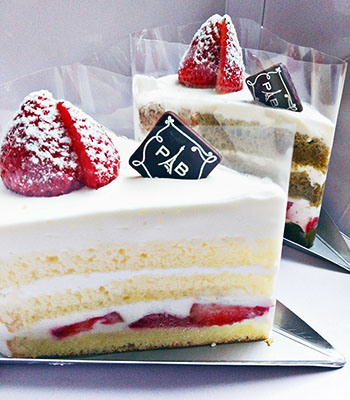 Snail Mail – The kitty princess from my parents reads: “You’re an eternal child… Three Years Old Forever!” This is probably aptly illustrated by the sticker card my sister sent.. I really couldn’t decide which stickers to use and used almost all of them. Mustache went up first, of course. 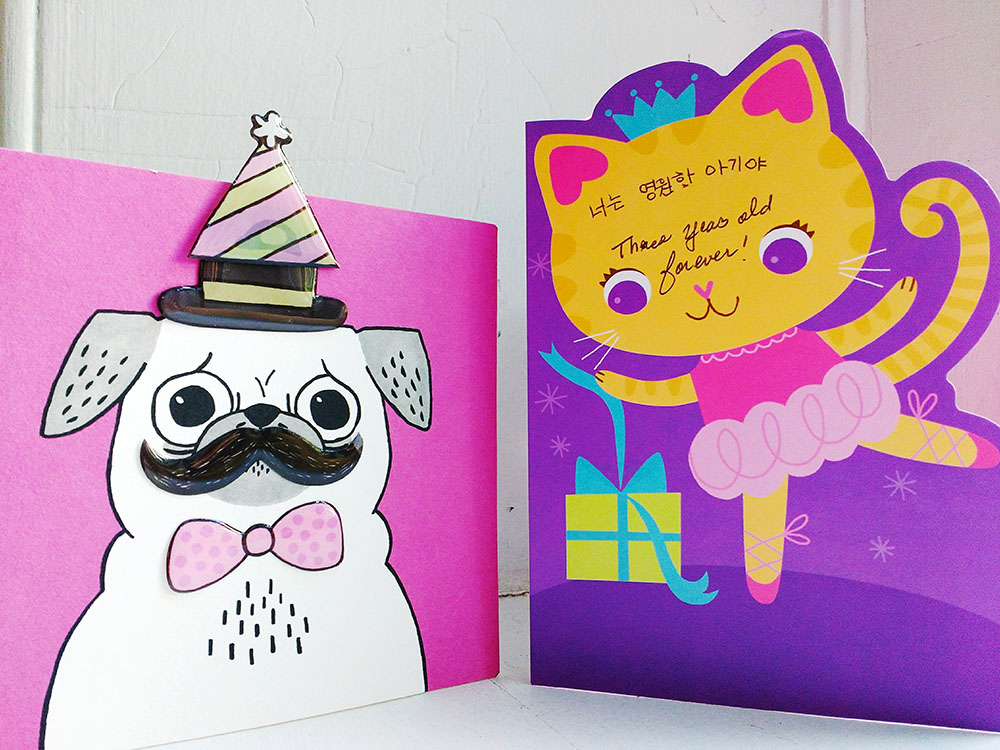 Shake Shack! Graham wasn’t able to understand my love for Shake Shack until he found this article on NPR and declared, “It’s in your genetics!” 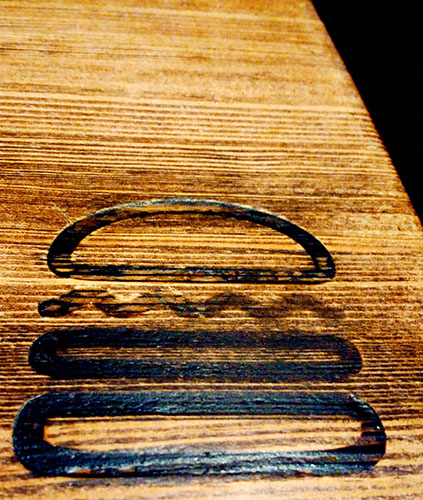 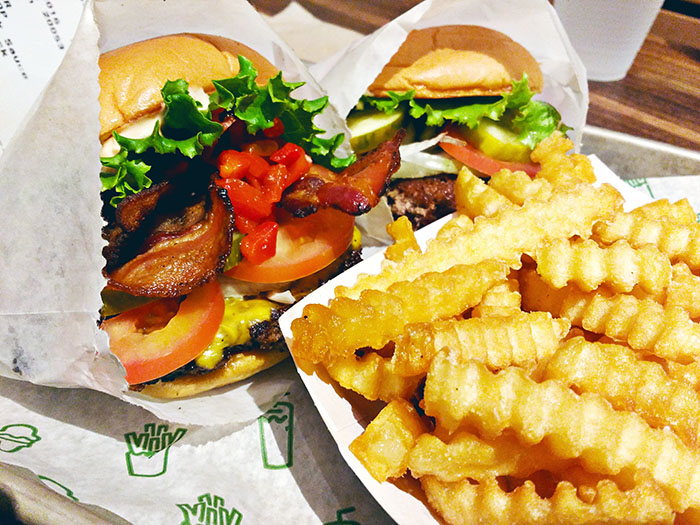 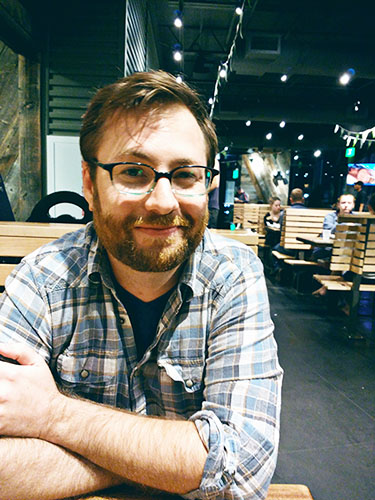 We got home in time for some Basil Hayden and Politics. With an extra bonus of Rachel Maddow thrown in for pre-debate coverage.

Graham let me know this morning that I completely passed out with my arm draped over him, blissfully snoring away. In fact, he got up in the middle of the night for the bathroom and returned to me still snoring soundly. He had to roll me over because I had also annexed his side of the bed in my sleep.. and I continued my snoring.. completely uninterrupted. So I got to fit in one more of my favorite things, annoying my husband, on my birthday <3

Disclaimer: The photos below are all from July 2015.

There’s two things Graham and I look forward to when it comes to summer in Philly: Spruce Street Harbor Park (SSHP) and Night Market. Both kicked off the season this month, but unfortunately, as I mentioned in the previous post, an injury leaving me with a herniated disc has kept me within a 6-foot radius of the house.

Hopefully, I’ll be better by next month’s Night Market, but knowing that Spruce Street Harbor’s pop-up park is basking in the warm sunshine and dripping in rainbow lights, lazy hammocks, and seasonal florals.. complete with food trucks.. I find myself a lot more peevish about being house-confined.

I’d seen “Coming Soon” signs for the pop-up park during my springtime jogs back in 2014, but it wasn’t until our fellow Greyhound parents Kim and Dave raved about their visit that we decided to make a stop. We missed out during its first year, but since we were on the lookout for a place to shoot our engagement photos and thought we’d add it to our list of possibilities.

Enchanted by the colors and all the fun activities like the arcade (in shipping containers!), gigantic Connect Four, shuffleboard, etc. we knew it was the right place for our photo shoot within a few seconds. The whole park is basically a gigantic playground! In fact, the sights and sounds gave me the idea to secretly email our photographer Ashley to conspire a water gun assault on Graham during our shoot. Totally paid off as can be seen by Exhibit A below:

We also wrangled a hammock! It was the first and only time since that we got to do that. Good news though, this year, SSHP added hammock lounges that takes reservations! Smart move! No more vulture-eyeing occupied hammocks from the picnic tables and anxiously trying to outrace (but you know, not look like you’re making an aggressively desperate attempt) other park goers when it looks like a hammock has even the merest potential of becoming vacant. It kinda made me feel like a 1st grader in a game of musical chairs.. I always lost then too. Luckily, Ashley and her assistant Rebecca were more eagle-eyed and pounced into action.

The park is definitely less crowded during the week, but a warning to the foodies, not all the food trucks are necessarily opened then. For anyone wanting to try out Franklin Fountain in Old City but have been intimidated by the lines, they do have a stand in SSHP, but I think the menu might be limited. Apologies for not having more info, but whenever Graham and I are there and in the mood for something sweet, we make a beeline for Port FedNuts (Federal Donuts).. YES, they’re there too!

The Independence Seaport Museum is basically right next door, both Race Street and Morgan’s Piers are up the block, AND Old City’s Ritz theaters are nearby, so you can basically spend the entire day in the area.

When my parents visited us for the first time last year, we took them straight to Spruce Street Harbor Park from the airport. Talk about a great first impression for Philly! My mother, ever the avid gardener, fell in love with what I think was New York Ironweed growing by the boardwalk, a flower she’d never seen before. She was so smitten, she actually started collecting the seeds – much to the embarrassment of my father. I did my best to keep a lookout.. because that’s what a good daughter does. She smuggled them into my shoulder bag, and by the end of the day, it looked like there’d been a party in my purse complete with organic electric magenta confetti. I am STILL finding stray seeds to this day.

A handful more of the photos from our engagement shoot below. All images are by Wide Eyed Studios.

With SSHP being open until Sept. 25 this year, I’ll hopefully have enough time to recuperate and be ready to beat Graham in a Skee-Ball rematch. You can find more information about the park on their website.

And of course, any photo shoot involving me has to include the stereotypical Asian “V” sign.