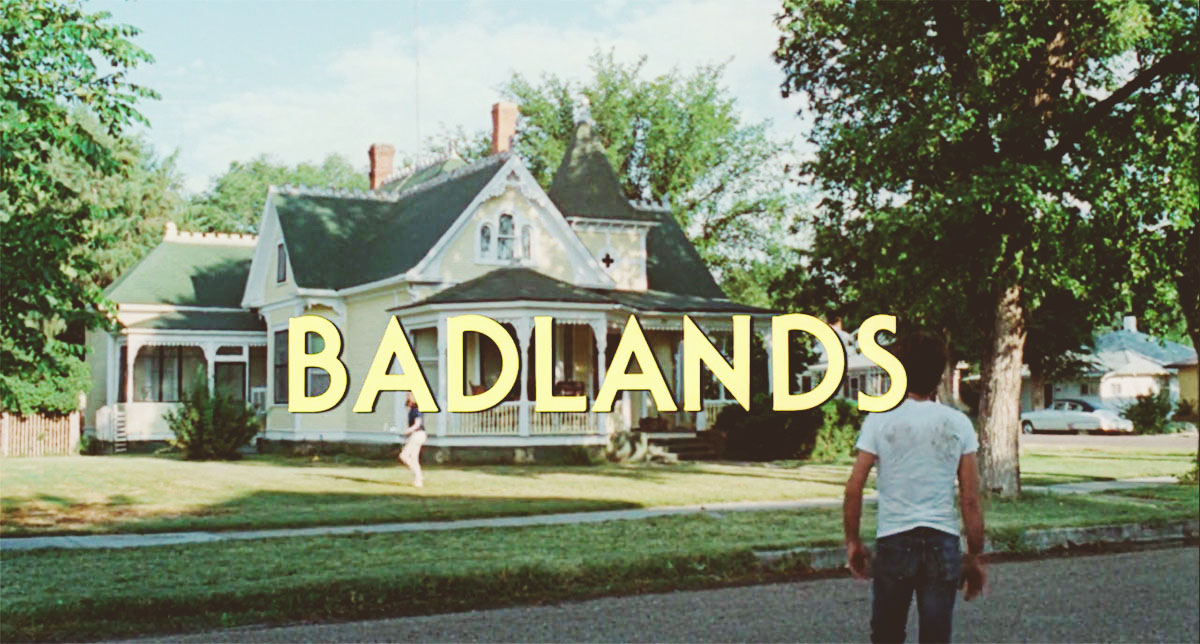 I finally got Graham to watch my other favorite summertime film Terrence Malick’s Badlands from 1973. Like a lot of Malick’s other works, it’s divisive. You either love it or hate it.

The film is loosely based on the 1957-1958 murder spree of teenage couple Charles Starkweather and Caril Ann Fugate and stars Martin Sheen and Sissy Spacek. It starts out in small town Port Dupree, South Dakota with what seems to be the innocent meeting of Kit (Sheen) and Holly (Spacek), but as Holly’s voiceover foreshadows, “Little did I realise that what began in the alleys and backways of this quiet town would end in the Badlands of Montana.” 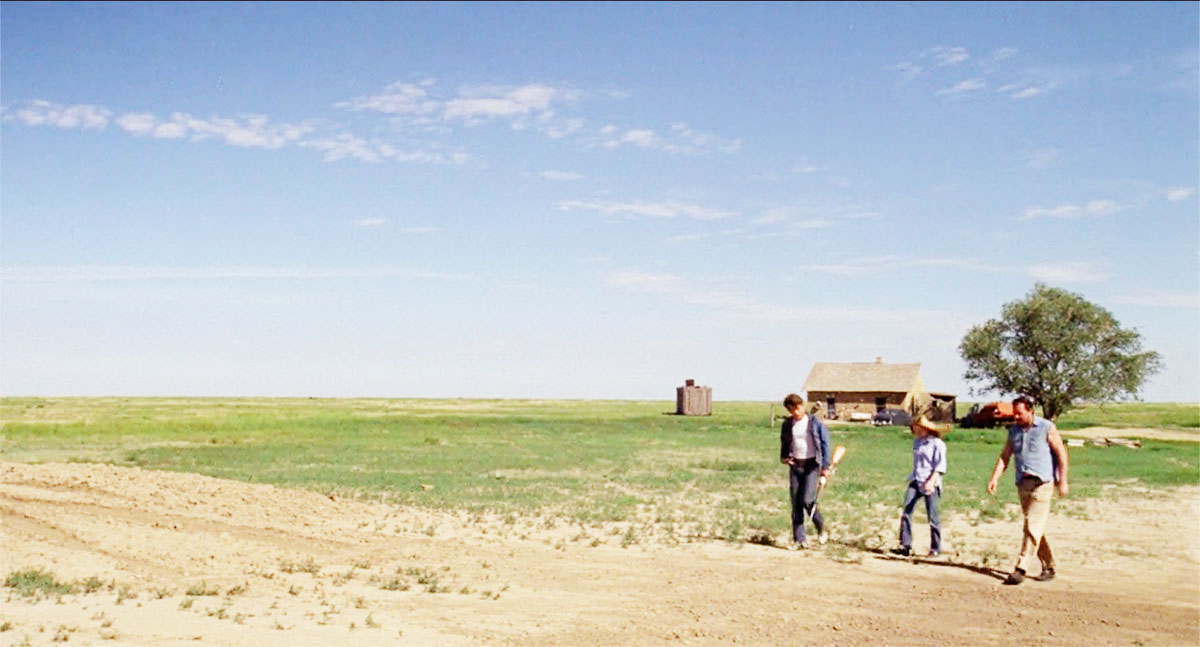 When Holly’s father objects to his teenage daughter’s relationship with Kit who is a decade older than her at 25, the couple take matters into their own hands with his murder, an attempted cover-up setting Holly’s home ablaze, and then going on the lam which eventually leads to the deaths of at least 10 more people before the obligatory climactic car chase at the end of the film. 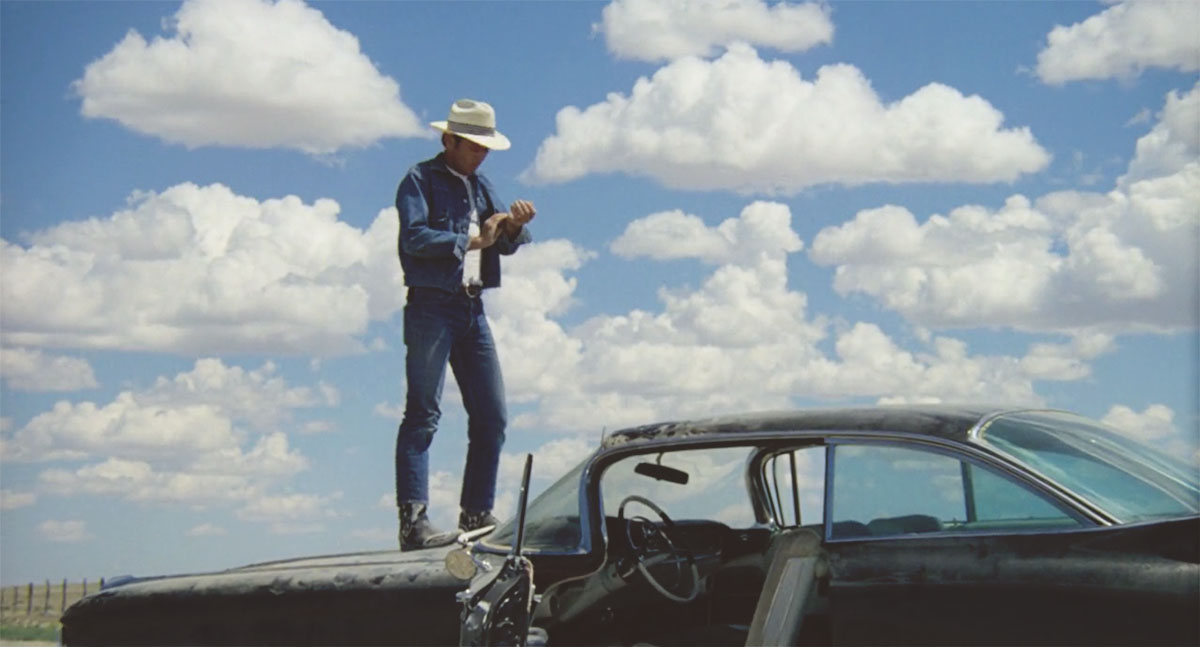 What’s interesting is that the plot outline suggests a brutal action film. I didn’t give Graham any information on the movie except, “Martin Sheen is so dreamy.” When Holly’s father is shot, Graham said.. “So this is basically Natural Born Killers?” :Not quite.

The narrative is rather slow-paced and may seem frustrating at times. For me, the key to enjoying this movie isn’t about focusing on so much on the plot, but rather the characters.. and the overall aesthetics of course. A lot of the negative reviews I’ve read about the film cite problems with Kit and Holly’s relationship and conversations.. that everything is stilted and awkward, but to blame this on Malick’s inability to write dialogue is completely missing the point. They’re supposed  to be uncomfortable people with a lack of conversational skills. I got the impression that both characters were going through the motions of life. Kit tried to make everything bigger and grander to give his life meaning, while Holly follows because “she hasn’t got anything better to do.” Essentially, Kit’s observation of Holly, “just being along for the ride,” is an accurate assessment. The two are like children trying to play at being grown-ups. 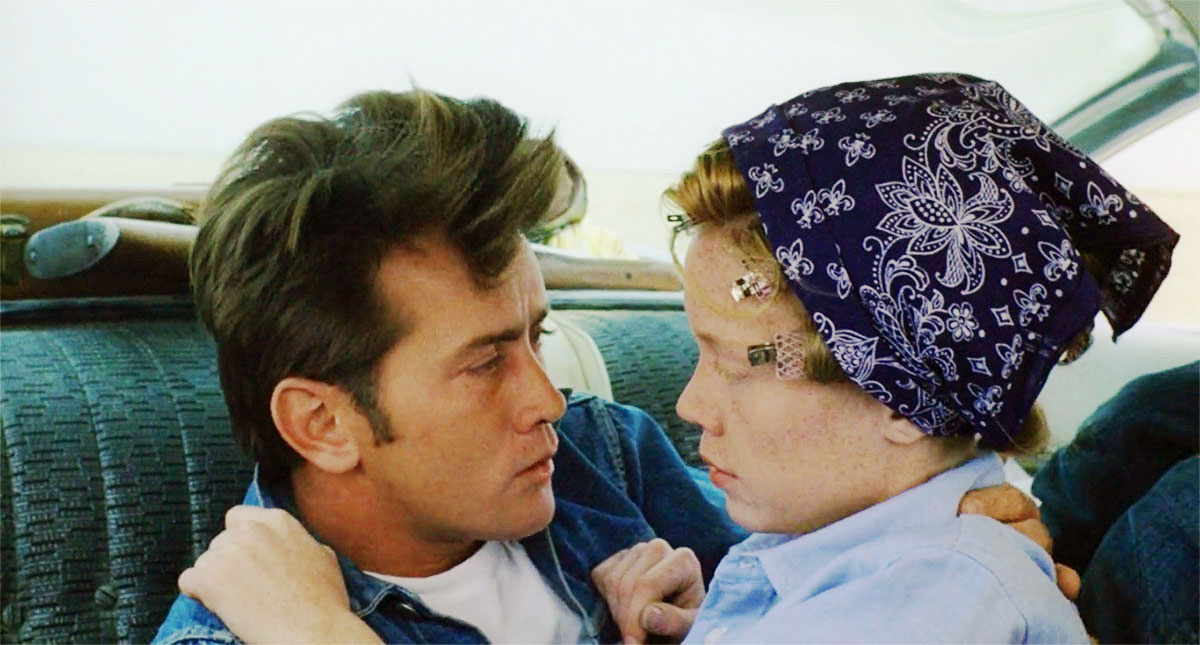 Honestly, if you’re inclined, half the fun of this movie is playing armchair psychologist on the main characters. Robert D. Hare actually dissects the characters’ behavior in Without Conscience: The Disturbing World Of Psychopaths Among Us and tries to diagnose them. Regardless of how you feel about the movie itself, reading reviews and analyses of it can also be particularly engrossing. 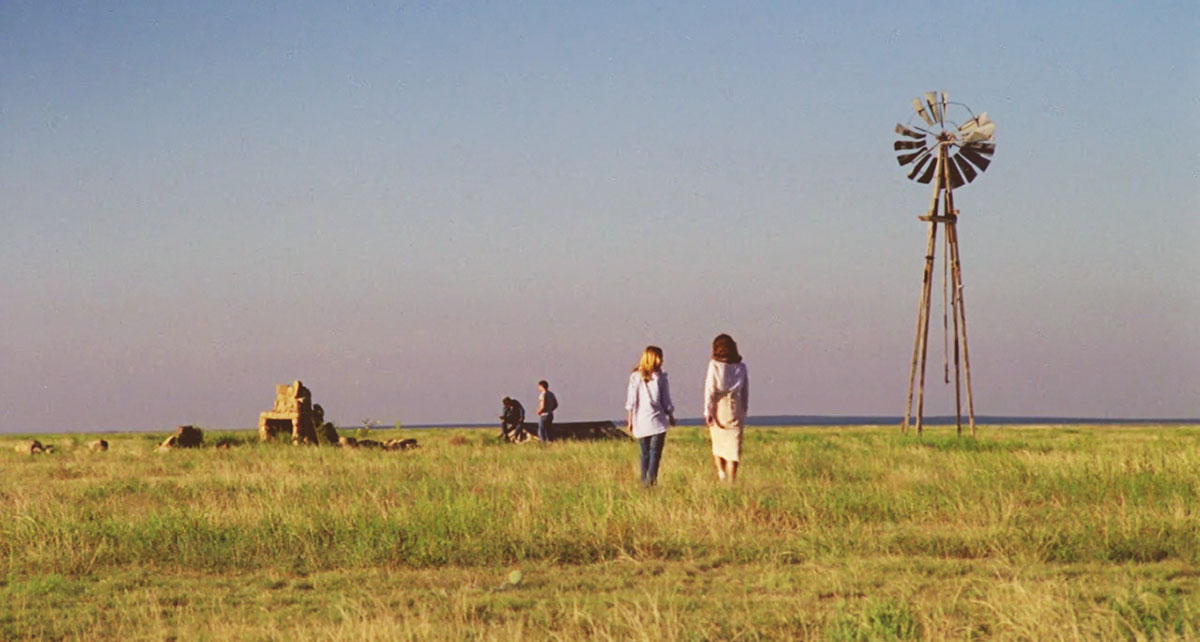 As you’ve probably figured out from my previous post, I have a tendency to get hung up on the aesthetics and mood of a film, and I love the dreamy listlessness that floats through this one. This film, along with Malick’s second feature-length Days of Heaven (another one I’d recommend in spite of the fact that I dislike Richard Gere), look like Andrew Wyeth paintings come to life.

The mountains and Great Plains make a stunning backdrop.. so much so that I’d give them third billing. Interestingly enough, although the movie takes place in South Dakota, Montana, and the Great Plains, it was filmed entirely in Colorado. Also, a fun fact for the film nerds out there, the art direction is by Jack Fisk, production designer for There Will Be Blood and The Revenant. 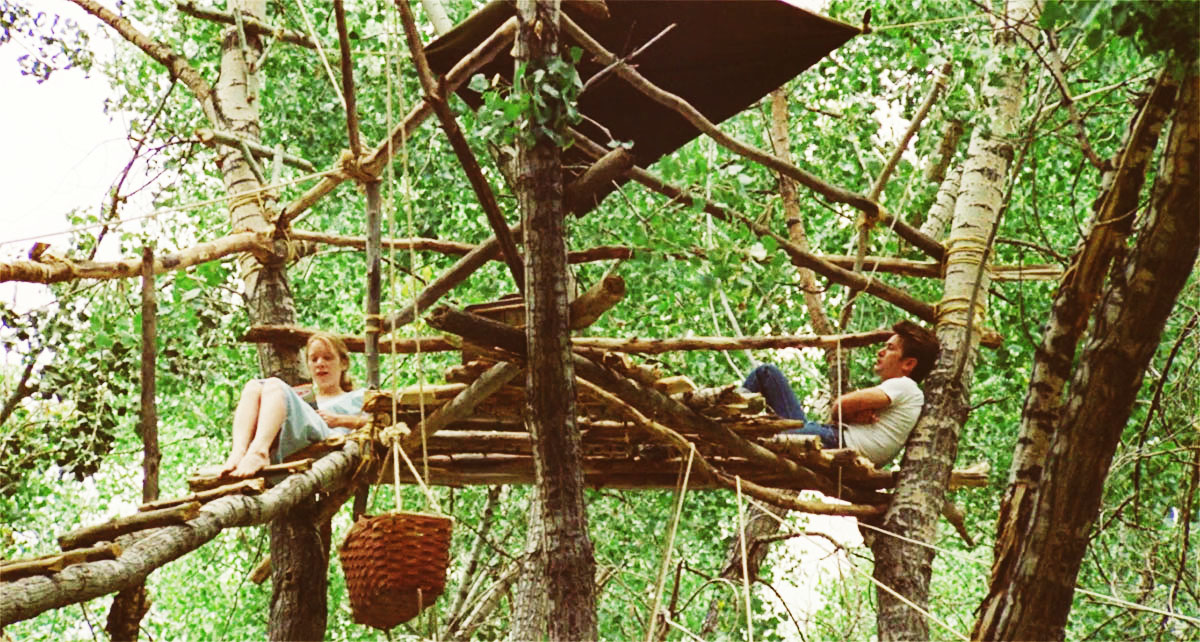 I have a sneaking suspicion that this movie is also a favorite among photographers and stylists. In fact, I dare you to go through the screenshots in this post and find one that doesn’t seem like it could be from an Urban Outfitters or Anthropologie lookbook in the last decade. 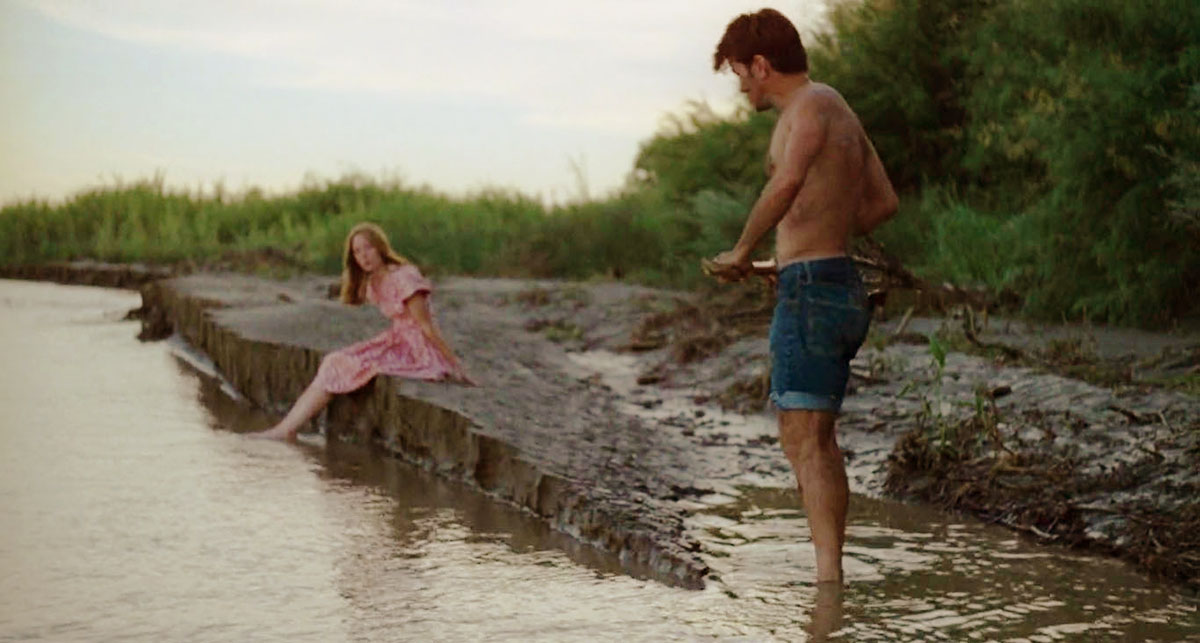 I’m not sure if Graham actually enjoyed the movie. Although, personally, I did enjoy it when Terrence Malick featured various animals out in the wild and this happened:

Graham: That was a peregrine falcon. I always wanted one as a kid.

Me: What’s wrong with a single grin falcon? Not good enough for you?

(Laughter… LOTS of laughter.. laughter to the point where the next couple minutes of dialogue is completely drowned out.. by JUST  my own laughter)

Criterion released Badlands into their collection in 2013.