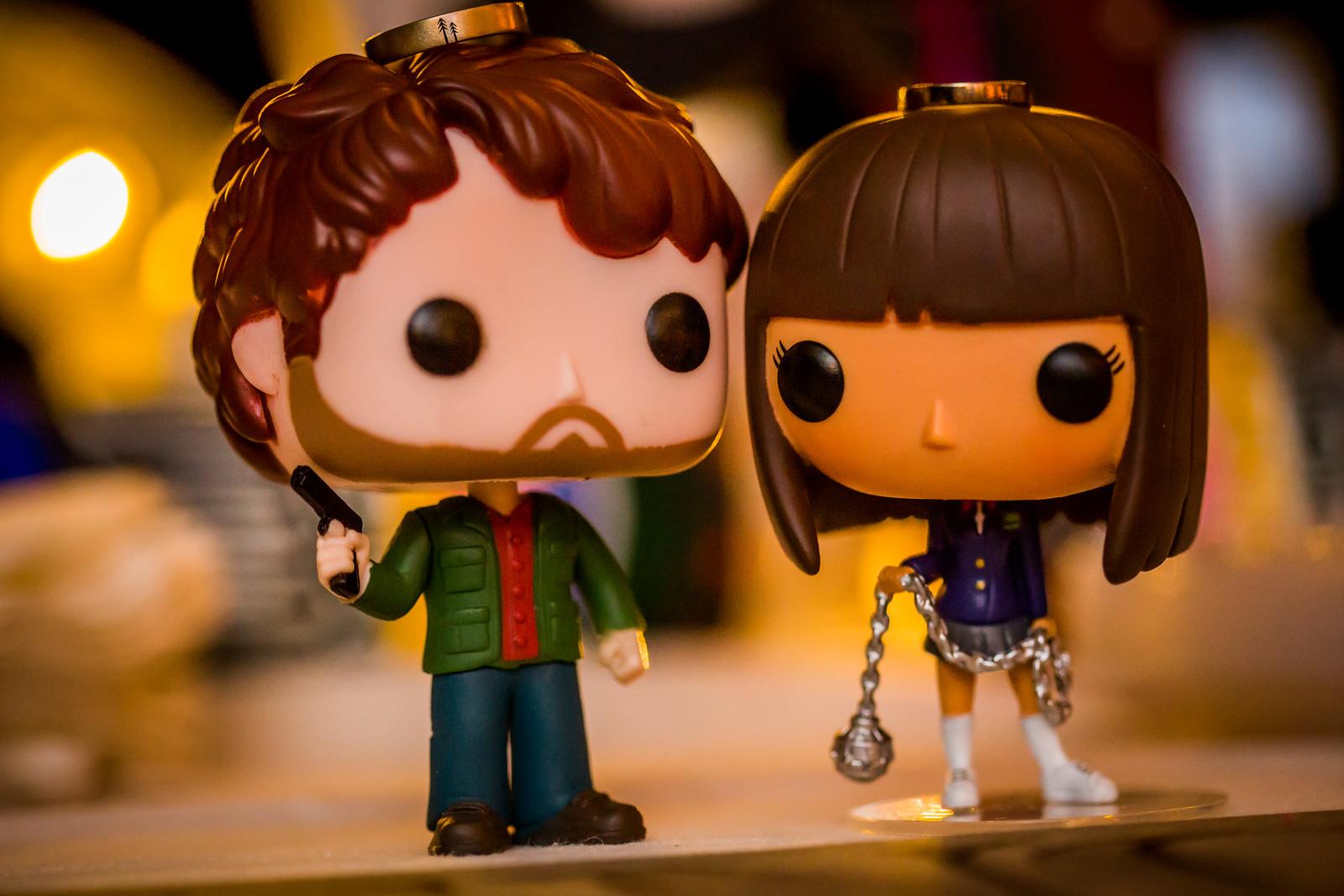 When Graham and I were mapping out our surprise wedding last year, there were only a limited number of articles and blog posts about what goes into planning one. It’s changed a bit since then as more and more couples are opting to go this route, but we wanted to share our own experiences to help others out there know what to expect.

Your families might not understand. Mothers often imagine what their daughter’s wedding will be like from the day they’re born. My mother though, knew me well enough to know that the only thing traditional about a wedding I’d want would be that it would fall into the tradition of me doing the exact opposite of what she wanted. She’s often referred to me as “the disobedient frog,” a character in a Korean folktale. We didn’t receive much pushback from her. I think a small part of the lack of resistance also had something to do with the fact that she was grateful that I FINALLY wanted to be married (She’s always been a traditionalist for the most part), and a large part also came from the fact that she was going to be traveling to Korea for 2 months during the wedding planning that she was pre-occupied with so many things that I was able to stealthily slide in wedding details that got lost in chaos. Of course, when she got back and had a chance to process exactly what was going on, it was too late =D 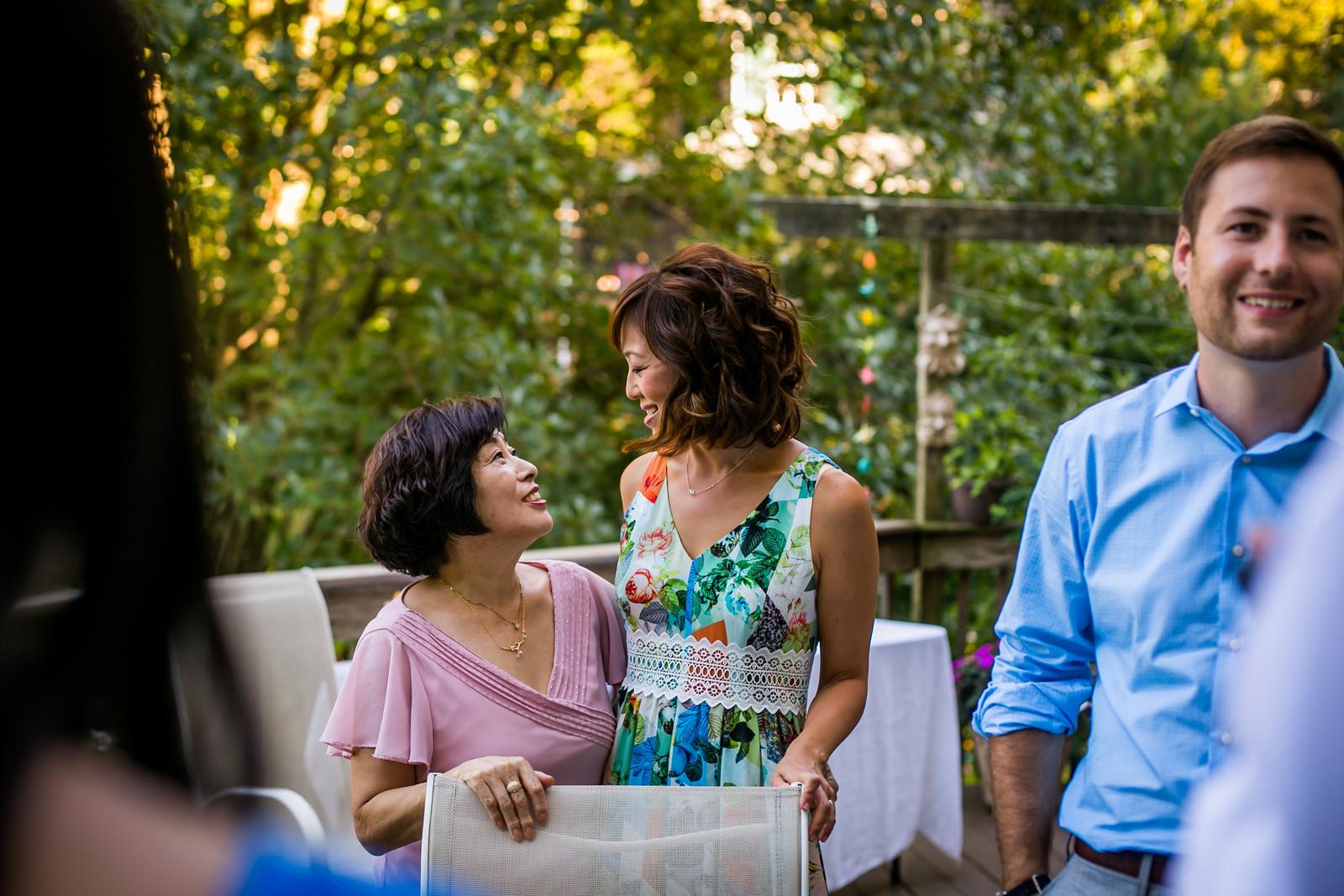 Seeing how happy Graham and I were that day, though, in spite her initial misgivings, my mother was glad she suppressed her opposition. In fact, almost a year later, she still gushes over how much fun she had.

It’s difficult to keep from letting the secret slip. Both Graham’s mom and mine are people-persons. Being states away, my mother had the advantage of not having to bear the burden of keeping our plans under wraps. I commend my mother-in-law; the lady deserves a medal for not only successfully carrying confidentiality through to the very end, but for also enduring our constant “Are you SURE you haven’t told ANYONE? Not even Aunt Flossie?” questions at least 3 times a week.

Double-check yourself as well. Are there any posts about “surprise weddings” on that Pinterest board? Have you been over-posting handmade wedding decor on Instagram? 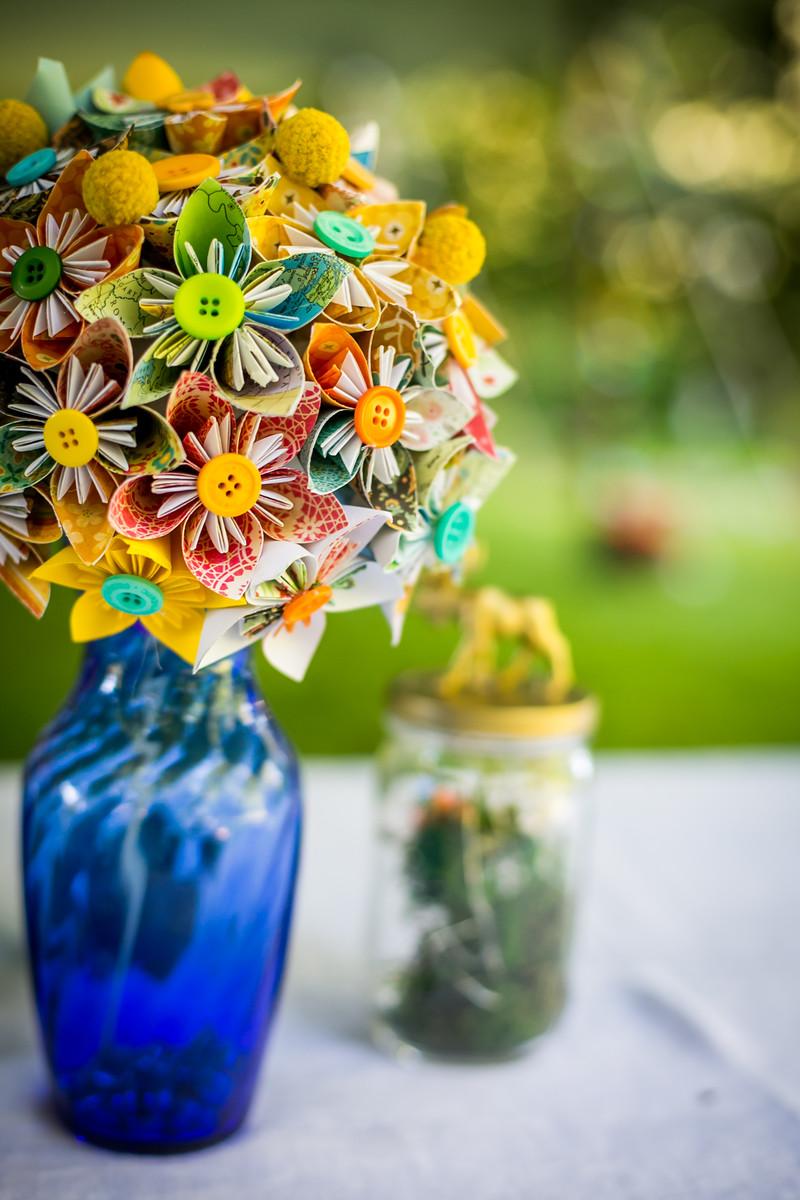 You’re also going to start questioning every look and comment in interactions with friends and family members who aren’t supposed to know. It’s a lot like being in junior high and over-analyzing every pause and word choice in a 4 second exchange you might have had with your crush. Just remember that if a few people do figure it out, it’s not the end of the world.

Choosing a good cover and making sure your guests arrive on time. We oscillated between ideas and thought an engagement party made the most sense. It was 4 months after our engagement, and also provided an excuse for us to have our photographers there (“We just finished up our engagement shoot and wanted them to get a bit of the party”). As mentioned in the previous post, we told everyone that we were including a “traditional Korean wine engagement ceremony” (there’s actually no such thing, so it was convenient that most of our guests were unfamiliar with Korean culture) which was to start a half hour after cocktails. This way, we could do our best to make sure everyone would be present when we made our announcement. 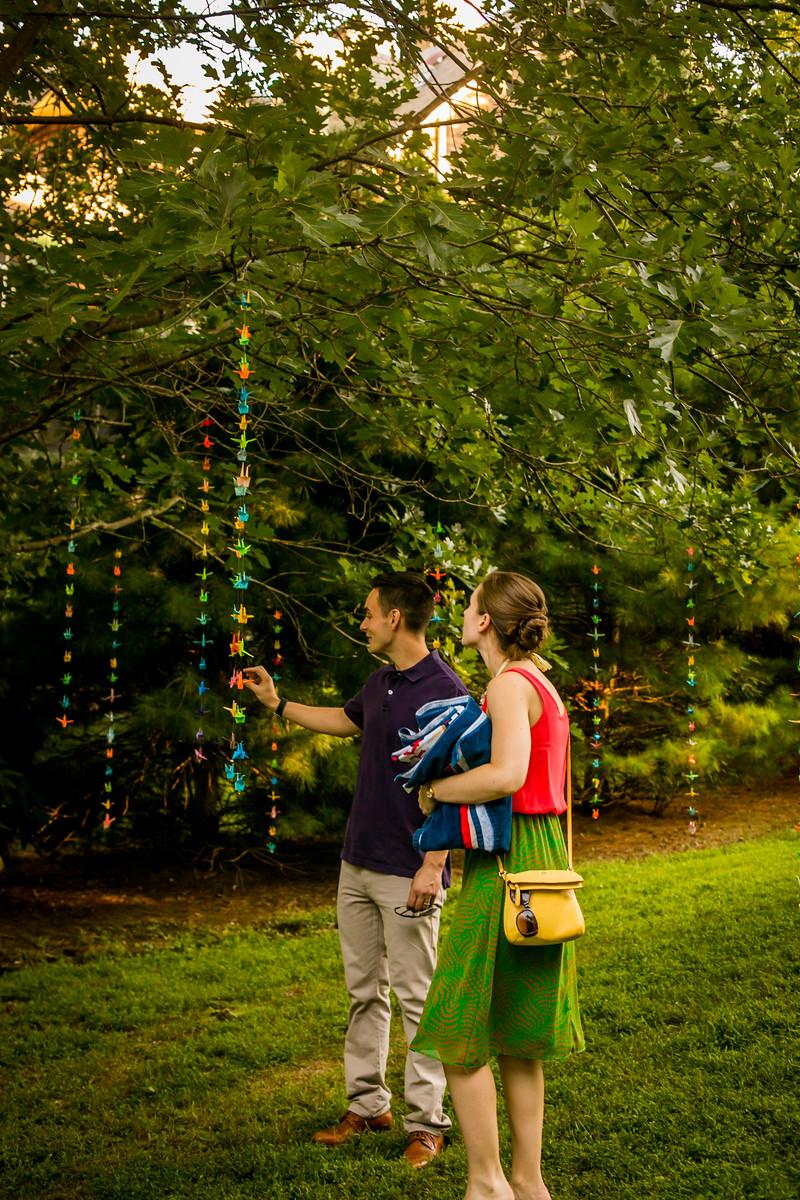 Help with the wedding might be limited. If you don’t have a wedding planner at your disposal, then you really have to rely on the small number of individuals who may be in on the secret. We did all the decorating, program printing, ceremony details, a part of the catering, gardening, etc ourselves (our immediate families). Most of it was done the day before the wedding.. only one day after our families had met! While my sister Rosemary and future brother-in-law Warren and I were untangling garlands of origami cranes, she made the comment. “There’s no better way to get to know the in-laws than through a handmade wedding boot camp!” The most important lesson we learned from our wedding is to ask for help when you need it, and TAKE IT when it’s offered. Seriously, Warren and Rose kept the rest of us sane by taking the lead when everyone’s anxiety radiated in multiple directions. 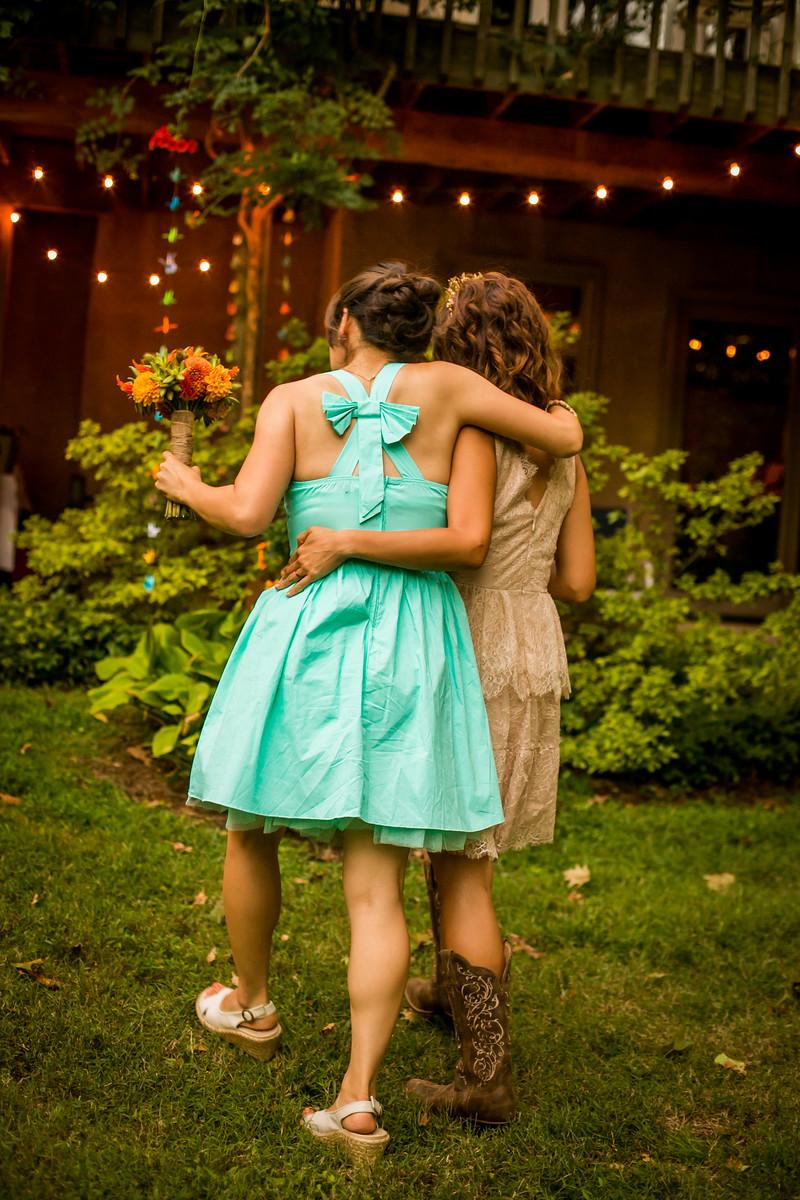 Hire outside help where you can. Graham’s mother is THE BEST hostess when it comes to parties. So wonderful that we knew she couldn’t be trusted to not attempt ensuring the comfort of our guests at the expense of her own. During the wedding and reception, we wanted to make sure our families (and ourselves for that matter), could relax a bit and not have to worry about running more appetizers from the kitchen or playing bartender. We hired a few servers, a cost we hadn’t factored into our original budget, but it was well worth it to minimize distractions. The wedding isn’t just for you, but your friends and family as well.

You might not get a bridal shower and/or bachelor/bachelorette party. Okay, so this was more of a pro for myself since I didn’t feel the need to have a singles rumspringa to say goodbye to pre-married life or a night/day of girlie bonding since the majority of those I’m closest to were either family members or friends living out of state. But, if you’re into the pre-wedding parties, it might be difficult to orchestrate while keeping your surprise wedding a secret.

You might not get to register for wedding gifts. You could let your guests know where you’re registered after the wedding, but Graham and I chose not to do it at all. Weddings can be financially stressful, not just on the bride(s)/groom(s) and their families, but also on the wedding party and guests. It sounds cheesy, but the gift we wanted most was for our guests to be there without having to deal with the pressure of registry etiquette. We were surprised that a number of guests brought engagement gifts, and we were also amazed that after the wedding, a lot of our friends and family sent wedding gifts anyway whether they had attended or not. Both were unexpected gestures, and we were extremely touched.

Have enough for your guests to do between the announcement and the ceremony. We kept the booze flowing freely throughout, so that helped! My mother-in-law set up various lawn games like bocce ball and a cornhole bean bag toss along with toys for guests who brought little ones. We also had a basket of water guns and created a Scavenger Hunt that also worked as an icebreaker. 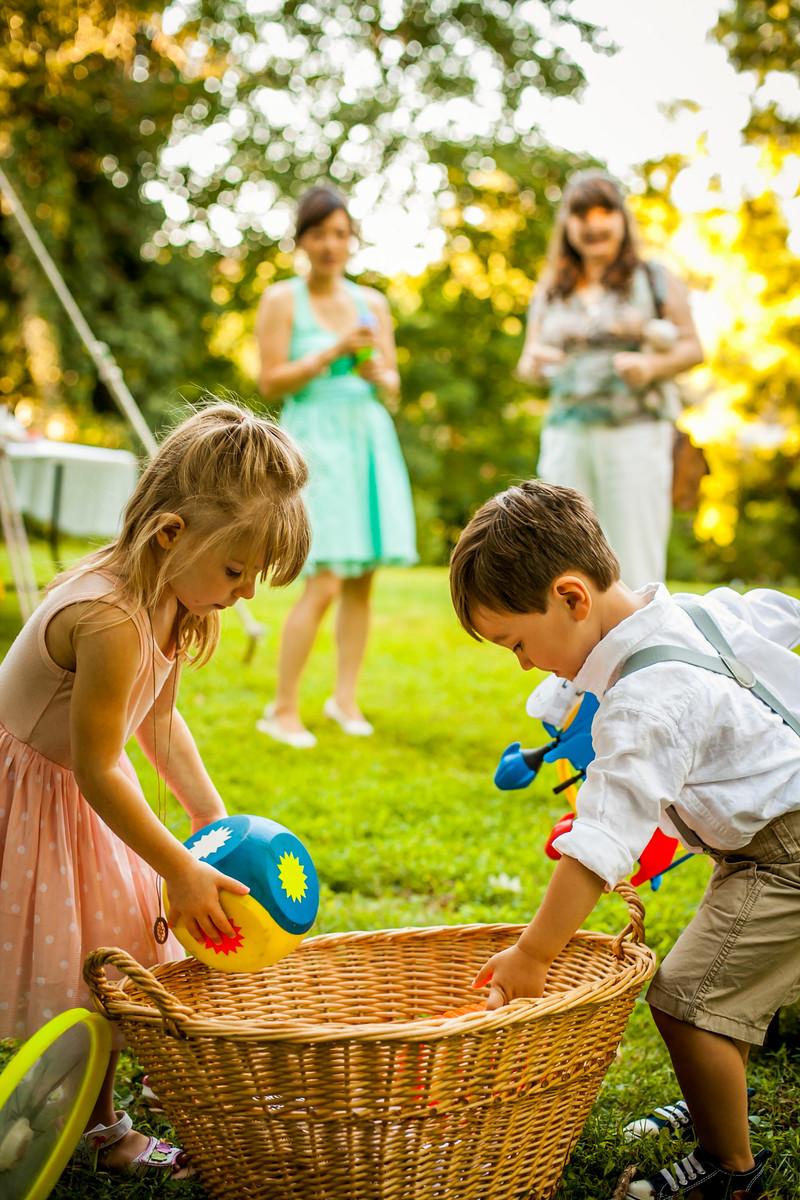 Not everyone will be there. We knew this was a risk we were taking. We let anyone who would have to come in from out-of-state know in advance of the “official” invitations so they could make travel plans. Still, we did have a few people unable to make it for various reasons.. both out-of-state and in town.. which brings me to the next section.. 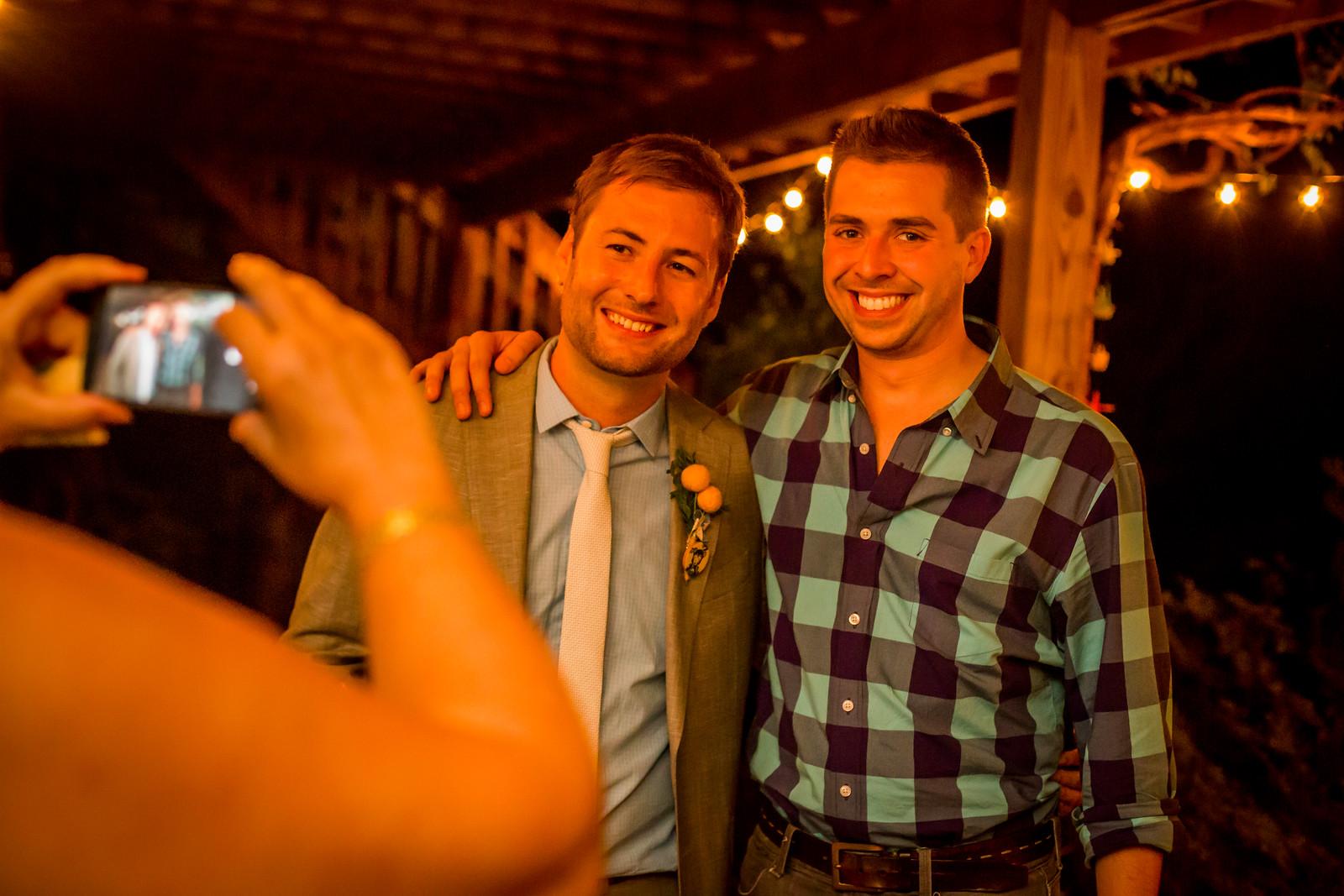 You risk hurting feelings. Those who end up not attending, may feel hurt they weren’t told in advance that they would be missing our wedding if they weren’t there. We did have 1 or 2 who responded as such, and the only answer we could give them was that the surprise was what we had wanted.. that telling people in advance would have ruined the purpose.. that it wouldn’t have been fair for the other guests who chose to be there that day to support us or fair to us to let the secret out. Other responses from people who missed our wedding was a lot more positive than we expected, “Oh my god! I can’t believe I missed it! I wish I had been there! Congratulations!” without the “you should have told me,” or “if I had known, I would have been there.” We did have a few guests who said they’d wished they had been in on the secret, but once we explained we’d only told our immediate family and out-of-towners, they didn’t seem to mind much, and were really just happy to be a part of the day. 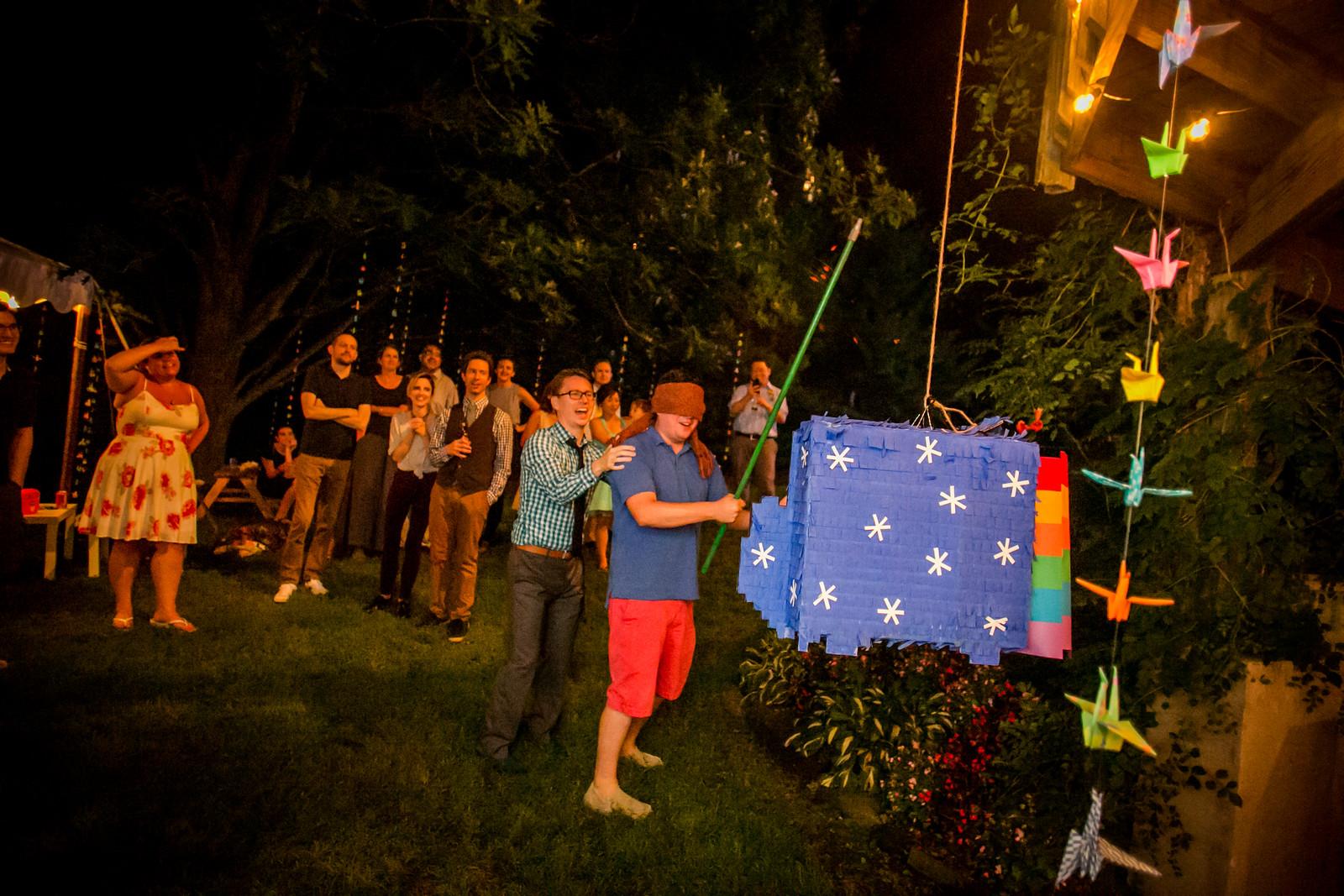 Last words. I think this goes for any wedding, surprise or not.. things will go off-script. In the moment, you might feel like it’s a make/break moment. It won’t be. I know it won’t seem like it at the time, but trust me, if you focus on all the little things that go wrong, you won’t appreciate all the things that are right. A few people might figure out the secret, it might rain, your intended may misplace their wedding vows (the last one actually happened, but Graham found them at the last moment!).. Just accept everything with a laugh. You have to. The photographer will be capturing EVERY SECOND. Actually, one of my favorite moments from the day involved a flub in the ceremony.. 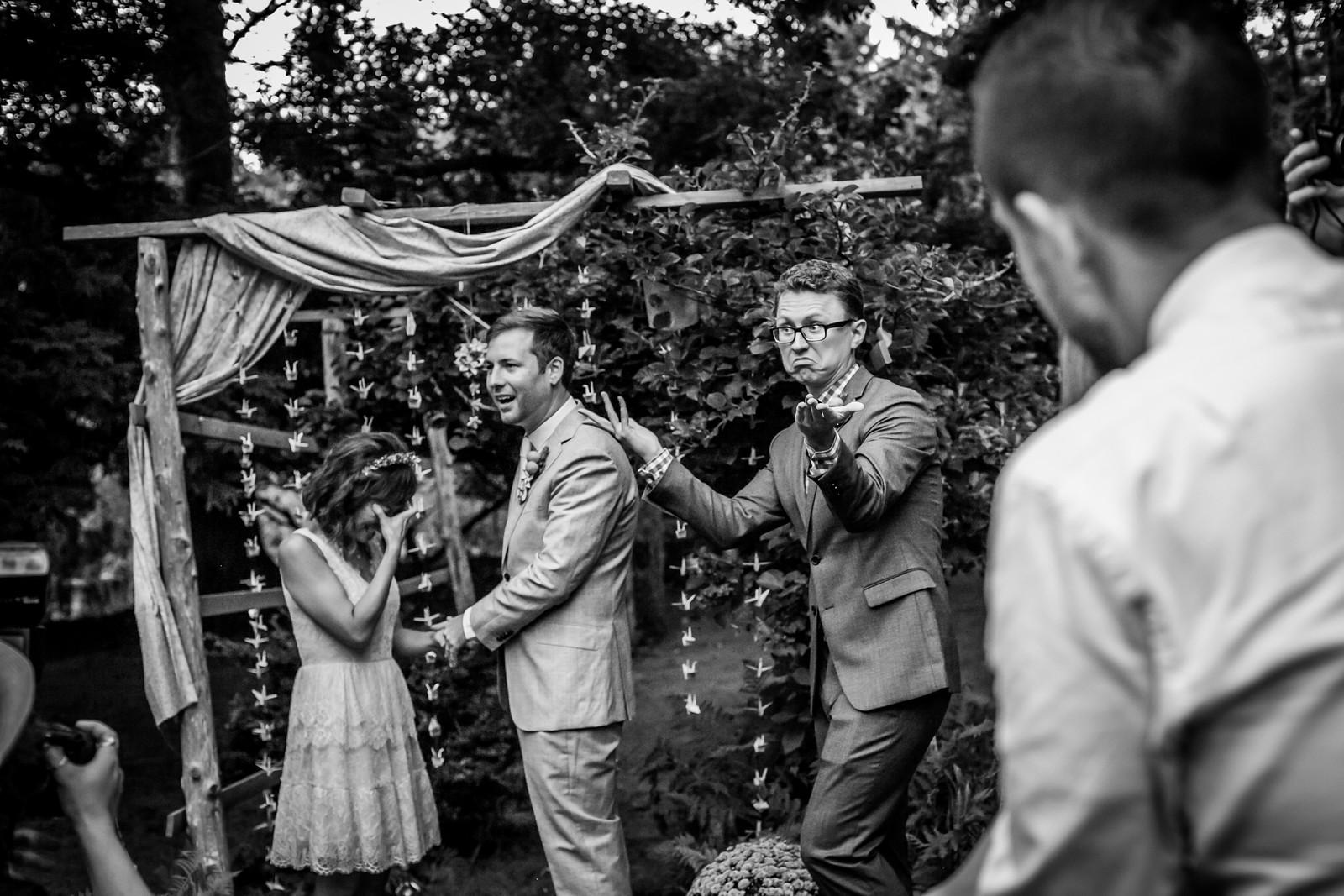 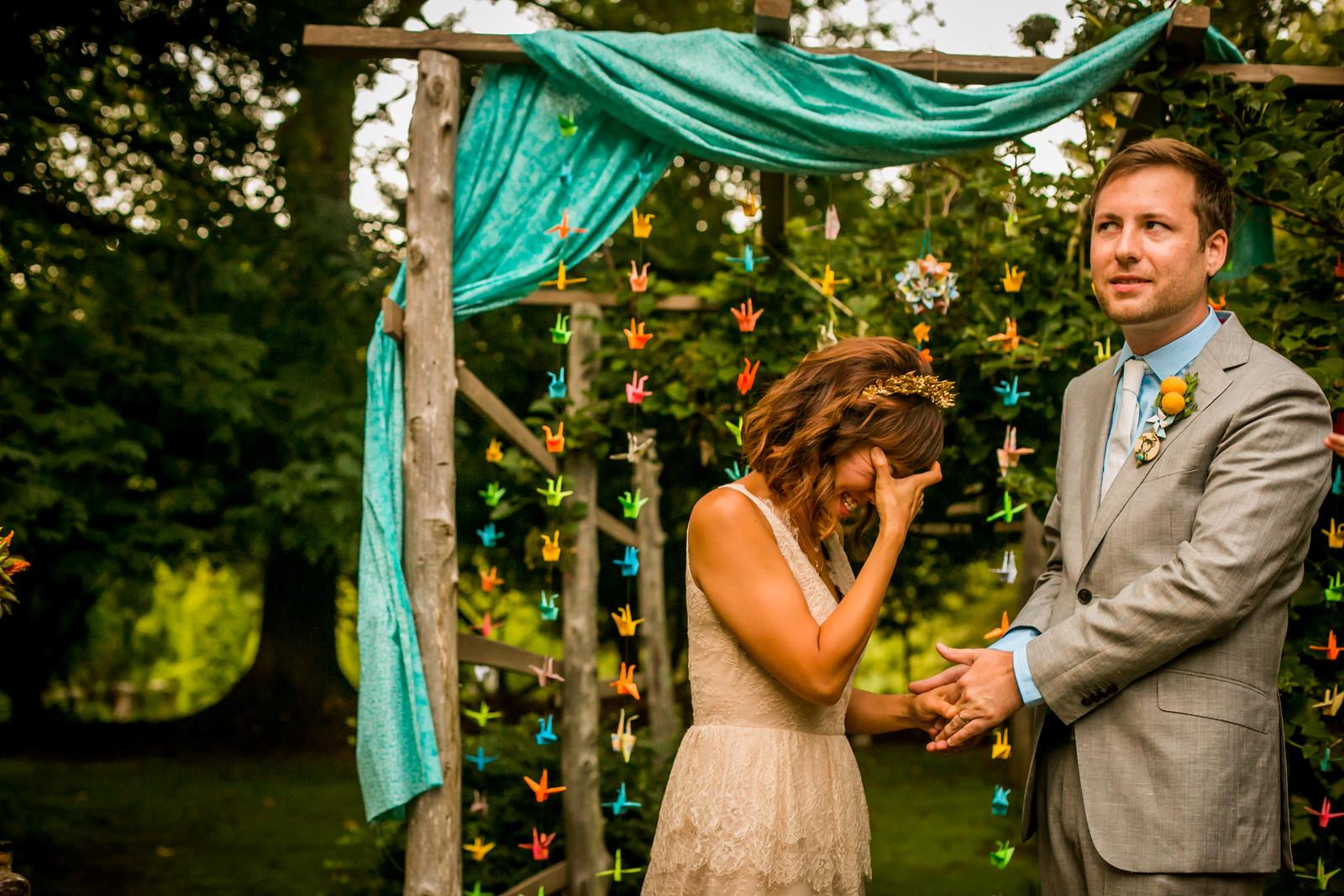 The wine (bourbon) ceremony had been forgotten altogether, and the recessional began playing. “Nooooo! We’re not done yet!” I whispered loudly like a 3rd grader onstage in an elementary school play berating a castmate for forgetting a line. The music stopped, and we had to backtrack. We were so jumbled – Warren shrugged a melodramatic “Oops!”, a confused Graham (as depicted by the photo above) intensely searched his brain for what had been missed – that I lost it with laughter.. which is how we still react to the memory today. 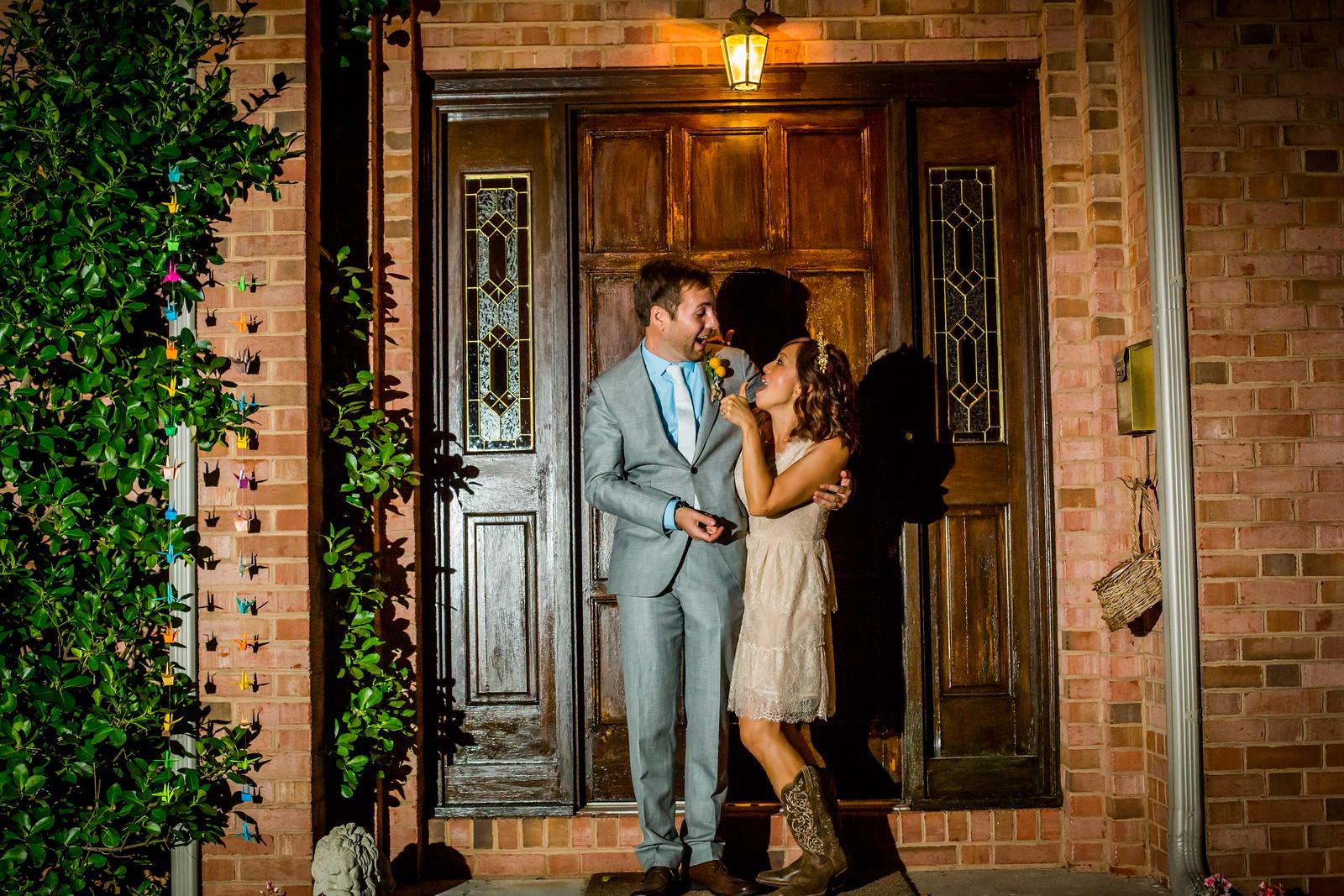 If you have questions or would like to share about your own experience with surprise weddings whether as a guest or the planner(s), leave a comment; I’d love to hear about it!

All images in this post are by Wide Eyed Studios.