Yes, that’s an illustration of the fear Graham developed while we were in Seattle. And no, it isn’t the color “coral”.. I’ve already cultivated that fear in him thanks to my insistence of bringing “pops of color” to the 3rd floor landing by way of throw pillows and prints.

When I asked Graham what he’d be most interested in seeing during our trip, he said he wanted “A Tour Of Stacy’s Seattle.” He wanted to experience the city the way I did when I lived there from 2006-2011. What he didn’t realize was “A Tour Of Stacy’s Seattle” translates into a lot of walking (my preferred method of travel being my own two feet), eating, and drinking (Graham made the comment that he felt like he was back in college during our visit).

By our first morning, he figured out the full implications of his request and wanted to take it back. We had brunch at my favorite spot Toulouse Petit in lower Queen Anne, and after sufficiently weighing ourselves down with the rich Bayou Fisherman’s Breakfast and Dungeness Crab Eggs Benedict, I told Graham I wanted to show him the view of Seattle’s skyline from Kerry Park which was a short walk away.

Now, what I didn’t tell Graham about this short walk was that not only would it be all uphill, but that this street was also featured as one of Seattle’s top 20 steepest inclines. 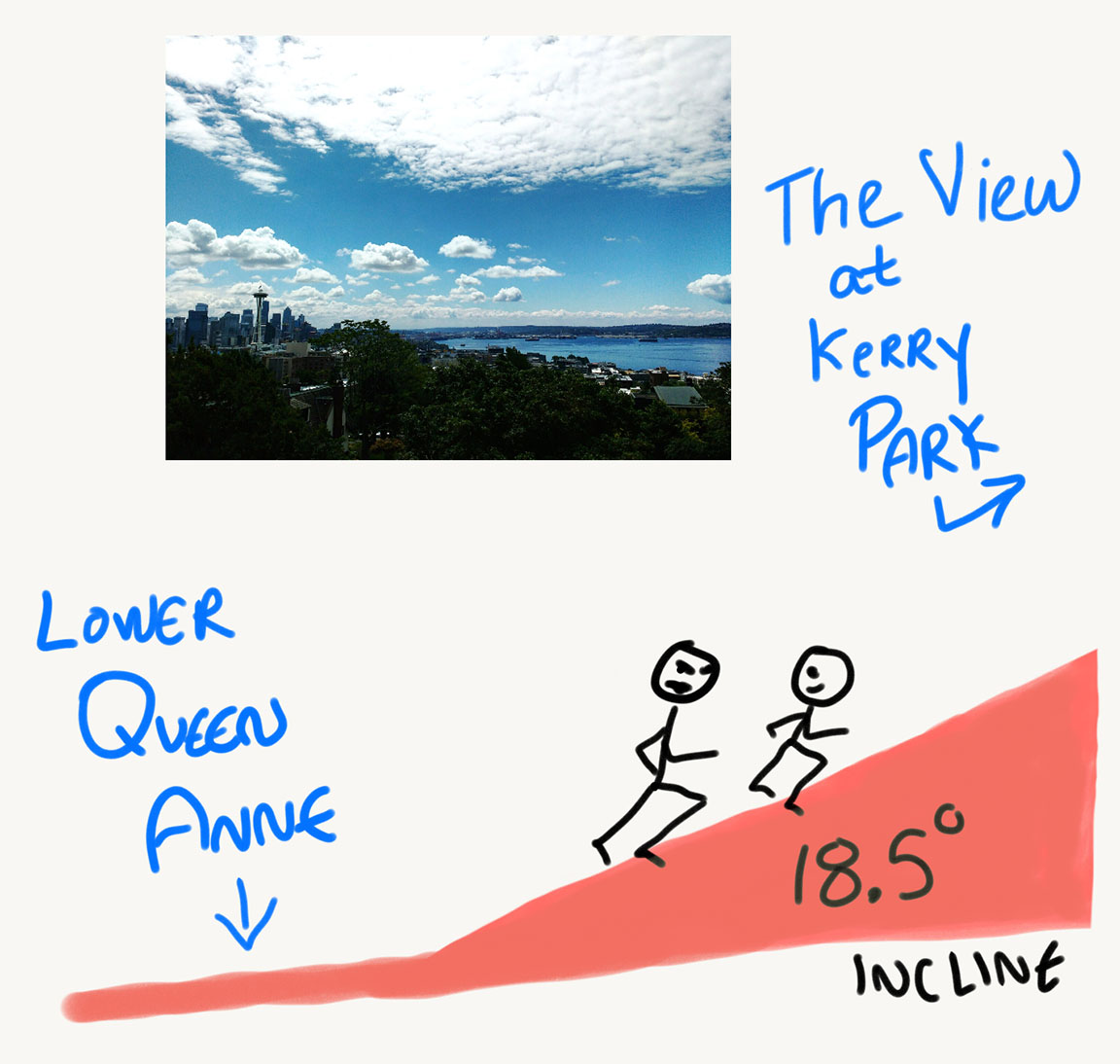 This image could stand to be slightly more accurate.. 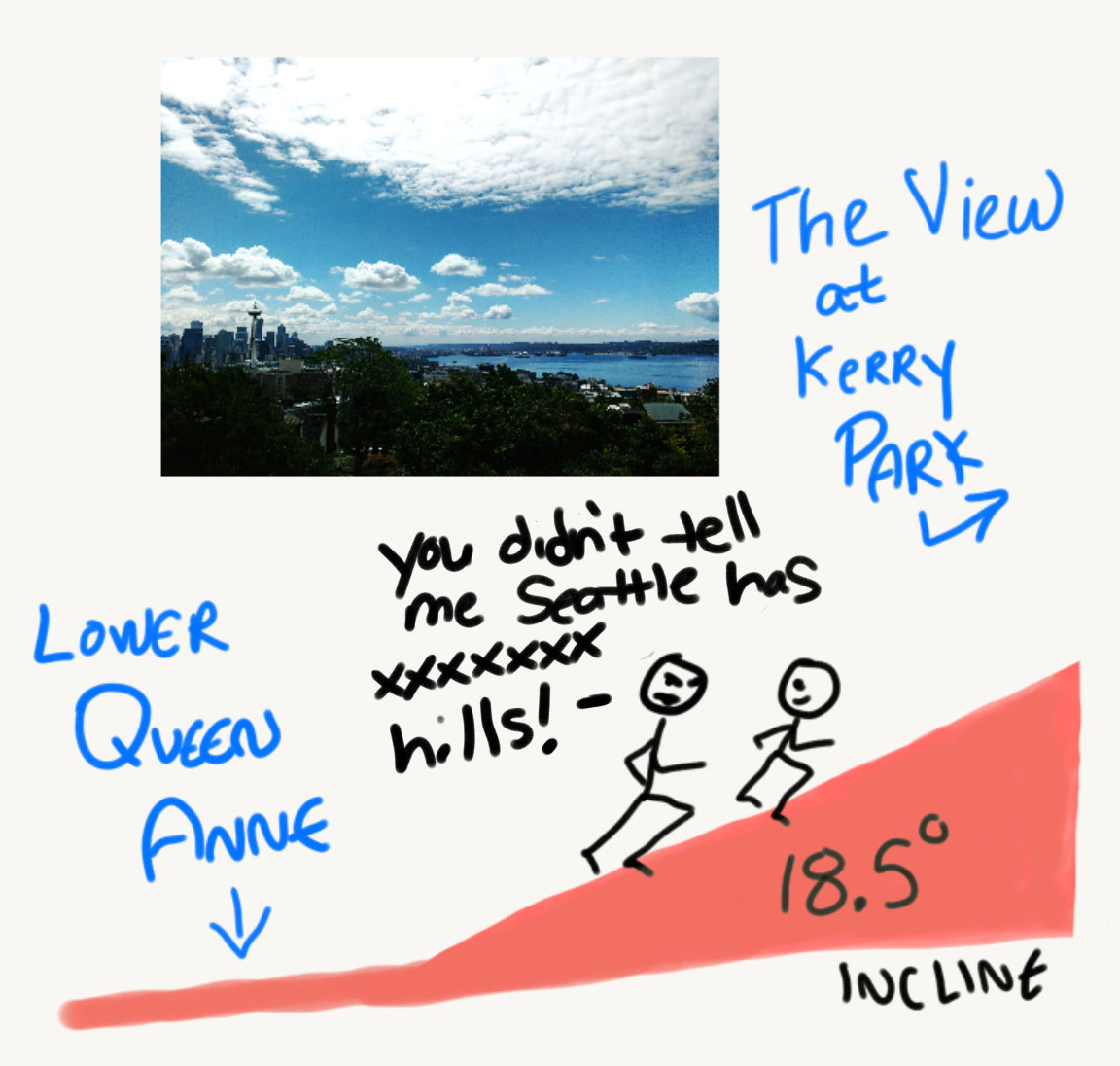 All was forgiven once he saw the view.. 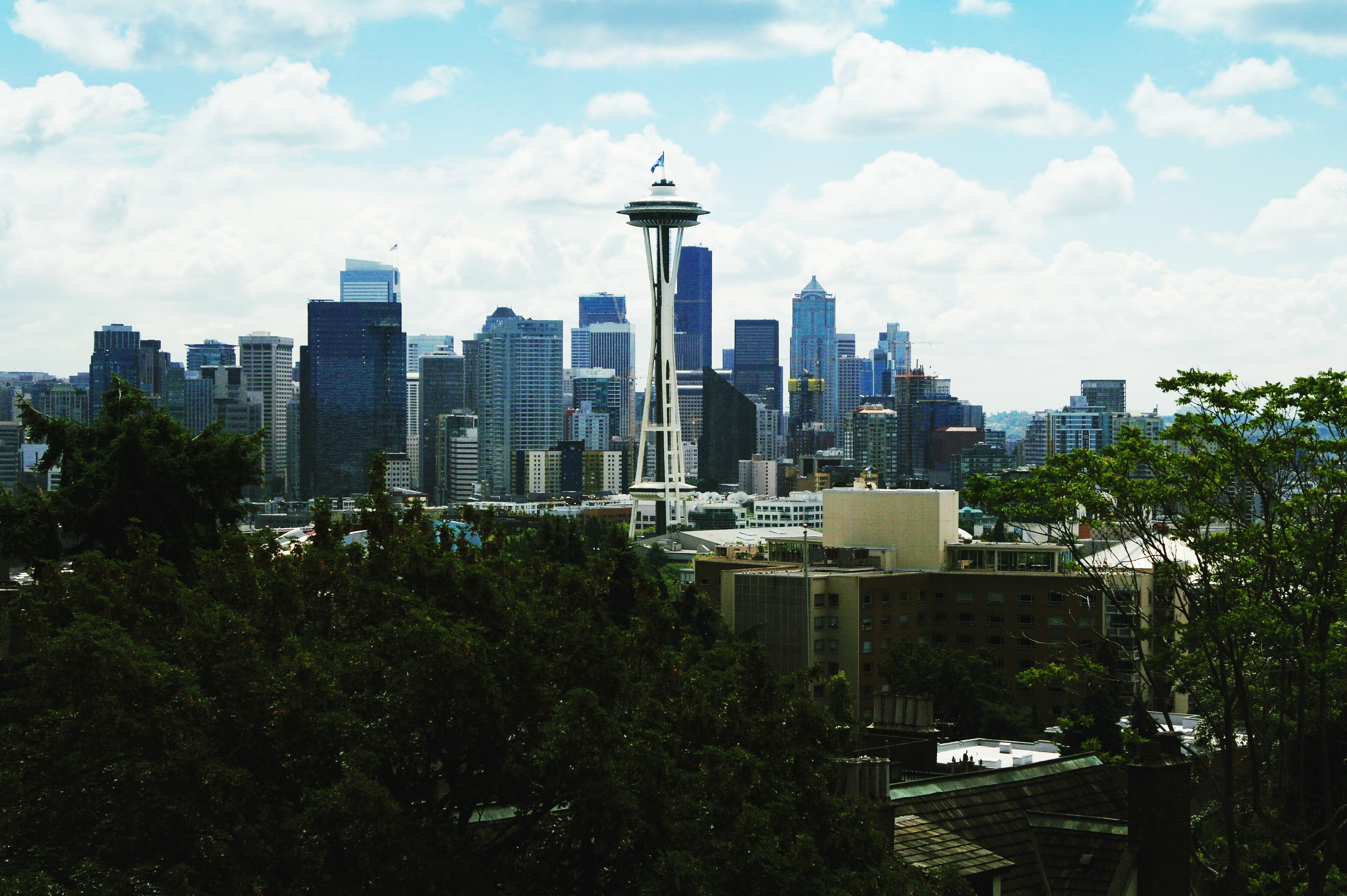 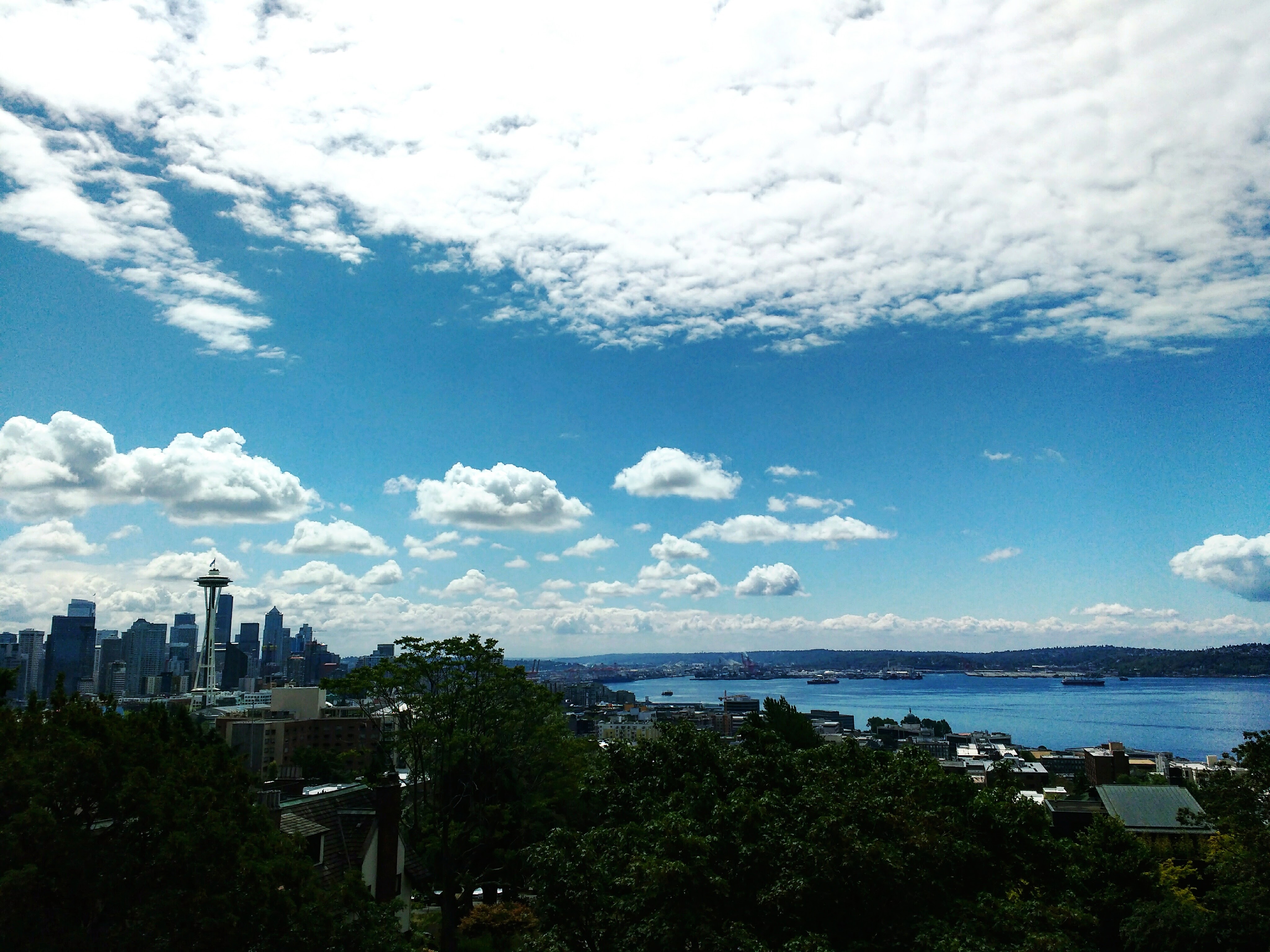 However, forgiveness did not mean he wasn’t going to do everything possible to avoid the hills in the city. But one of the things I love about Graham is that he’s a trooper. We’d walk 5-8 miles a day without a complaint from him.. well.. unless it was uphill.

Although I lived in Seattle for almost 5 years, I never visited the Space Needle. Showing Graham around the city provided the perfect excuse to remedy that. From the top of the tower, I pointed out how far we’d walked that morning and afternoon. 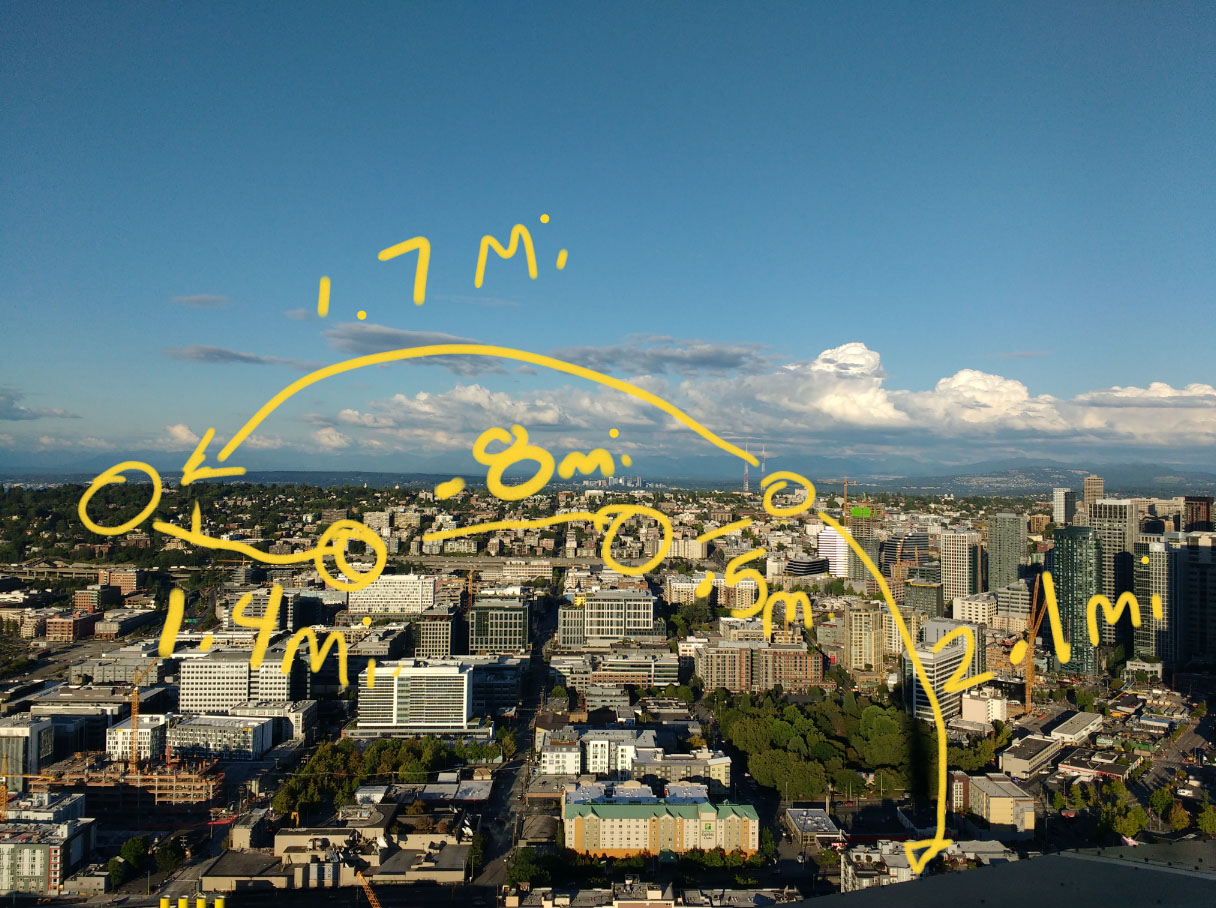 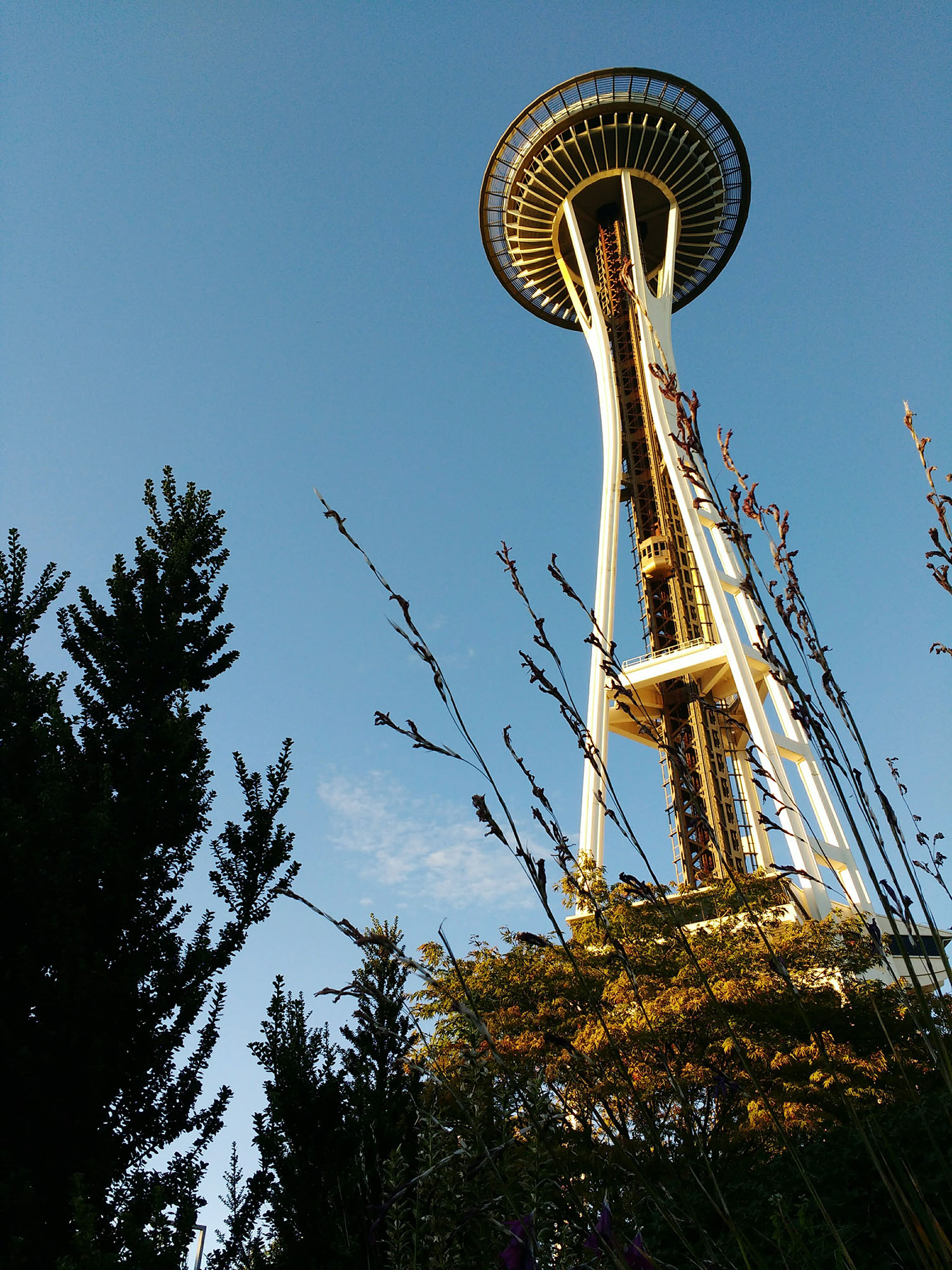 And as a thank you, I agreed we could take an Uber back.. at least partway.. to one of my favorite bars… 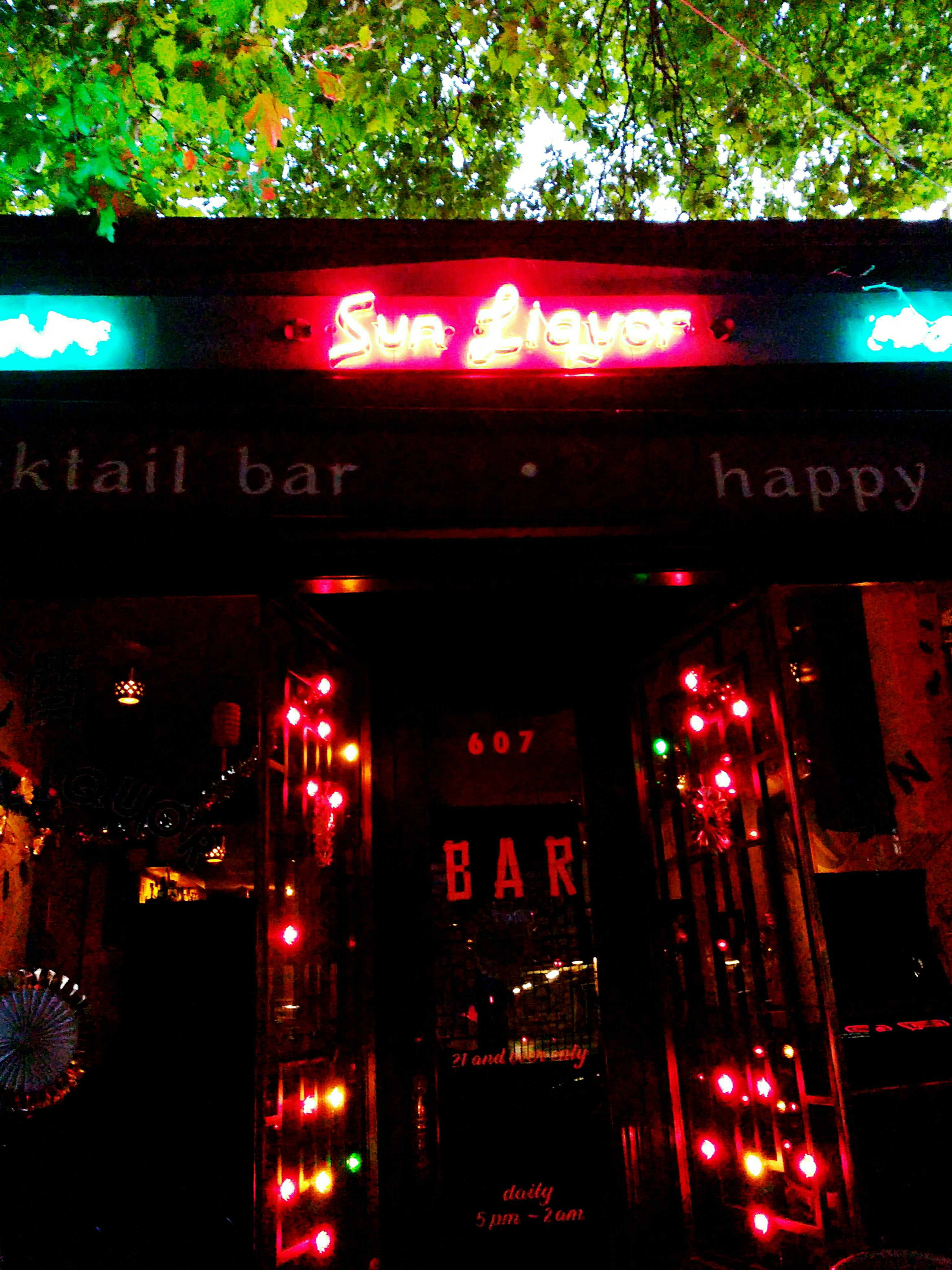 And then walked the 1.6 miles back to the Airbnb.

PS. In case you’d like to see other views from the Space Needle including Lake Union and Elliot Bay and the unscribbled original of the photo above..